I’m a shameless Gogglebox fan. I find watching folk react to and watch TV much better than actually watching TV. The spread of the ages, classes, cultures and all the non Scottish accents (seriously what is that about though – really?!) is always good fun to watch.

Mark and I are always genuinely fascinated about which camp we’ll fit into on certain topics. Sometimes we surprise ourselves agreeing with the posh knob heads when it comes to politics, other times we’ll embrace our Mancunian past and working class roots when it comes to current affairs, or find ourselves sharing opinions with surprisingly different age groups over the quality of the terrible TV shows in question and sometimes we just lust after the diabetes bowl in the Malone house.

A few weeks ago Giles and Mary were talking about a man who having a hard time in life and this gem of a statement rolled off her tongue.

That’s the problem with millennials. They think they can do anything.

Giles was quick and witty to respond with “you’d make (them) feel 3 foot tall wouldn’t you?” which whilst saying a lot about the state of their relationship (Giles clearly loves to be dominated) actually made me feel really sad. It would seem there are folk out there that want to belittle others and tell them all to aim low and settle.

Now I’m not accusing Mary of being a dream smasher but just the conversation in general that took place was a wee bit soul destroying and caused quite the debate in our house afterwards.

It’s been rolling around in my head for weeks. My boys are millennials and I want them, I need them to grow up believing they can do anything. I don’t want my boys to feel small or worthless. I spent a lot of my life feeling small (or more accurately, fat) and worthless and I don’t want that for them.

This is what I want

I want them to aim high and spend their lives chasing their desires. I want to nurture and encourage them to always do better and to be the change.

I do not want them being told their only aspiration in life is to do the evil bidding of whatever some smug bint tells them to!

That goes without saying really, but you get my point! 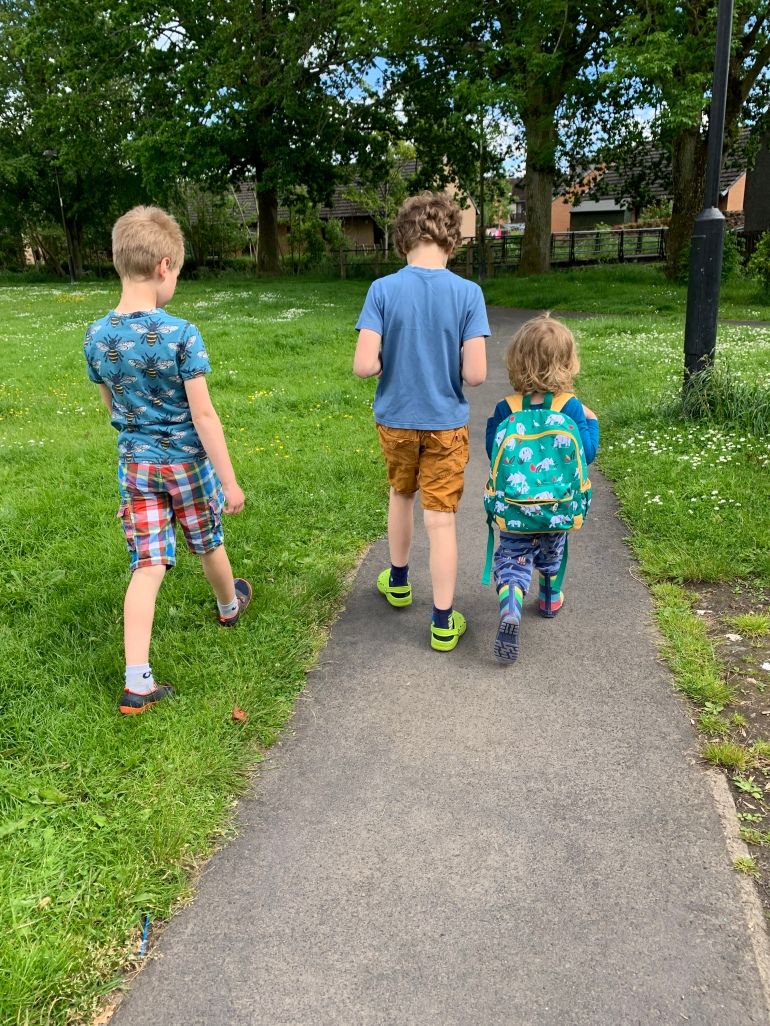 Back to the real world with a tenuously related dilemma; a couple of the boy’s school classmates are leaving this year to attend a Private School. This has been a tad more difficult than I thought it would be to explain. What hasn’t helped us is that one of their wee pals told the boys that we can’t afford to send them to a good school so they’re stuck at a rubbish one.

Firstly, their current school is far from rubbish and secondly, who says Private school is better anyway?! It’s got nothing to do with that at all and it saddens me that’s the impression my boys has been given.

In the end we went with the explanation (justification?!) that Private School offers a different type of education instead of a better because it’s expensive type of education – it’s not that we can’t afford to send them to a Private school (well we can’t, but that’s not the point!) it’s that we’re happy with their current school and the type of education they are receiving.

Maybe the wifey from Goggle box is right.

Maybe, as Mary suggested, we do need to give our kids more realistic expectations of life. Bring their dreams of being an astronaut down a peg or two?! I don’t know.

I don’t know. I expect opinions are divided on this one!

Separation of the classes

Does this disapproving outlook on the attitudes of millennials all just come down to a class thing? I honestly don’t know. I’m not even sure what class we fit into to be fair – I’ll have to google it and find out!

In conclusion, this single comment from a stranger on the TV has sparked a fire in me that will burn fiercely until my potentially over ambitious not so little millennials all leave home.