It’s been a weird few days. The limbo week between Christmas and New Year where you have no idea what day it is, you’re either winning or losing badly at family politics and the kids are wired to the moon due to a festive diet and/or under the weather.

In addition to most of the above, it’s been raining constantly for 3 days straight so none of us have been out, Bubbles the cat is still too frightened to come downstairs even though my Mum’s crazy dog has left and to top it all off I have a non-birthday party to plan for next week! Eeks! I still can’t believe Loki is nearly 2…

I need a few early nights but right now I’m clinging onto the quiet and peace that 2am brings so thought I’d have a ramble. I’d argue I’m more productive between midnight and 2am than I am during a 2 hour daytime Loki nap any day of the week!

We’ve all been talking about New Year Resolutions this week. The concept has been a little lost on the boys. So we’ve kept stuff a lot more generalised and ended up planning what we want to do next year. Our hopes and dreams alongside some good intentions.

I want the boys to be empathetic and I teach them to be polite and selfless and they are turning out to be genuinely caring individuals. We talked a lot about this, mainly because it’s not something a lot of people seem to be anymore. 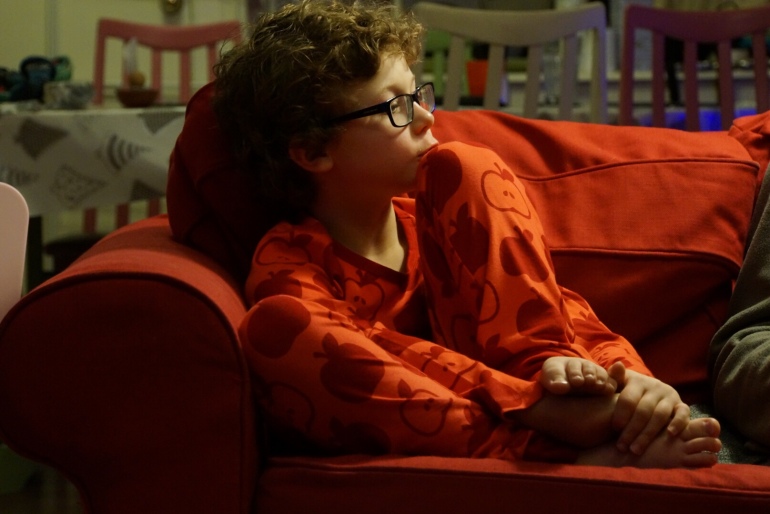 I caught Oren in a lie this week. He did something to prevent a situation occurring because he knew things would get awkward and didn’t want it to be an issue; he deliberately got into trouble so it wouldn’t happen, so he would be the martyr/scapegoat. I felt awful. He is 5 years old and I couldn’t believe he’d pre-empted it – I wish I could have stopped him.

Anything for an easy life is something I adopted from my Dad in recent years. If I’m honest I’d have probably done exactly what Oren did but seeing him doing so has changed my outlook on this. I shouldn’t. Not all of life is fun and games. Sometimes it’s hard. You can’t change how people behave and if it’s different to how I would; that’s because everyone is different. I try not to worry about things that are not in my control in that respect. Everyone has their own priorities.

Generally, you can’t please everyone. Everyone has got their own problems and they’re important because they matter to them even if they don’t matter to you. It’s not selfish or rude; it’s just life. If it’s that bad a situation though; there is always cake! The boys liked this… I’ll save the “eating” through your problems discussion for when they’re older!

My personal favourite mantra is; you don’t ask, you don’t get! I don’t like guessing, if I want to know something I ask. If you don’t ask the questions you’ll never know the answers. Oren thought this concept was genius and hilarious…

With 2018 fast approaching I don’t really go in for the New Year; New Me nonsense. This is just me telling myself and my kids to not live life to please others. I want to be happy and I want to show my boys that it’s nice to be nice but that doesn’t mean to live life forever seeking validation, approval and trying to please everyone else.

So far we’ve picked a few places we want to go and local sites to see. Some fun games, crafts and activities to try now we can embrace it more with Loki being that wee bit older.

The older boys both want to progress up to the next level in Swimming. Thanks to getting guitars for Christmas, they also both want to learn how to play so that should be fun. Our house will be full of noise and chaos for sure in 2018.

This is Edward showing me how quiet he can be if needed!

Team Worrall are going to take some more steps to reduce waste in our home. We do pretty well but we can always do better.

We all agreed that it’s nice to be nice! So, next year we’ll all try to be nicer.