The shortest day of the year is upon us… that time when the earth tilts just right and managed to freak out generations of Pagans into thinking the sun would never return and we were all doomed to darkness forever.

This time of year; Midwinter is my very most favourite, it’s the week before Christmas where you barely see the light at all. Walking to school in the dark, needing the big lights on in the house to see anything and then walking to school in the dark again – if it wasn’t for the postman or our “urgent” need for crumpets and milk this week I don’t think I’d have seen daylight at all!

I like the darkness; embrace it! Let those winter winds blow, make a fire and burn away any anxieties, worries, negativity and get ready to welcome the light back into our lives. Also the amount of ice out there right now is reason enough to stay in; frankly it’s safer indoors!

Christmas was adopted from a Pagan festival, as were pretty much all the well known Christian holidays. One take on the indoor tree we all know and love was in fact to please the “wood spirits” and keep them warm by bringing them indoors. The trees were decorated with shiny baubles to please the spirits and when the light caught them they shimmer/chime/twinkle so you knew they were grateful. The indoor tree has been recorded all the way back to the Ancient Egyptians Edward tells me!

Scientists use this Solstice to mark the official start of winter. It is an astronomical phenomenon marking the day with the shortest period of daylight and the longest night of the year. All to do with the equator, perfect balance and that freaky aforementioned earth axis tilt.

The boys aren’t covering Yule, the Solstice or the shortest day at school, which is great, as I get the freedom to fill their heads with my take on it instead. *insert my best Witchy cackle! 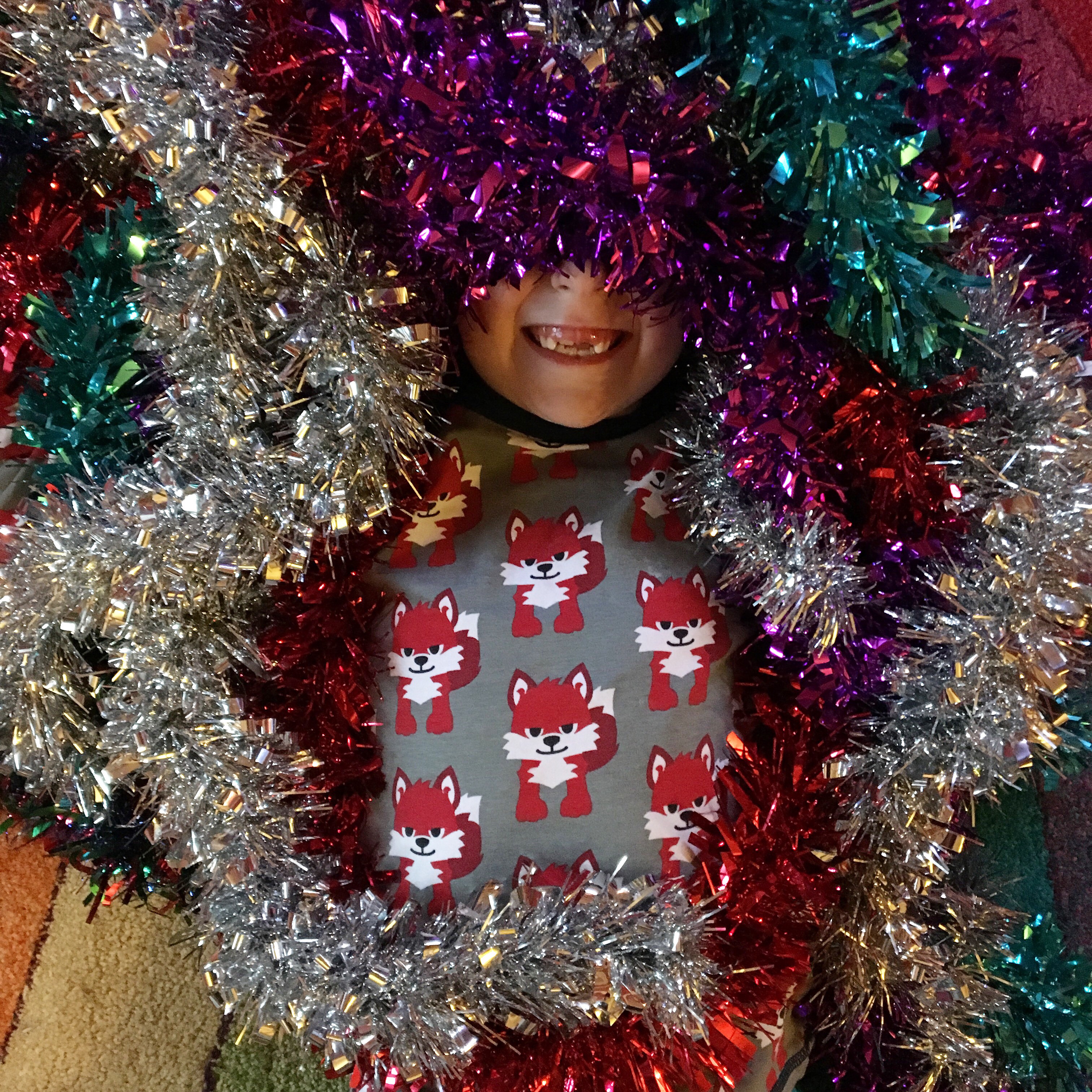 This all started way back, when Witches and Pagans had a very different take on things. The Winter Solstice was a celebration. Folk were so afraid that the Sun might never rise again they threw festivals, lit bonfires, cast spells begging the Light to return. They welcomed the sun back into their lives with today marking the birth of the Sun King and the start of the longer days.

They would use the colour orange to make decorations because it evoked the warmth of fire and the colours of the light. The colour green was special as it represented the fresh growth they longed for come Spring. Mistletoe was important too as it banishes evil spirits and brings good luck to all those who kiss under it. 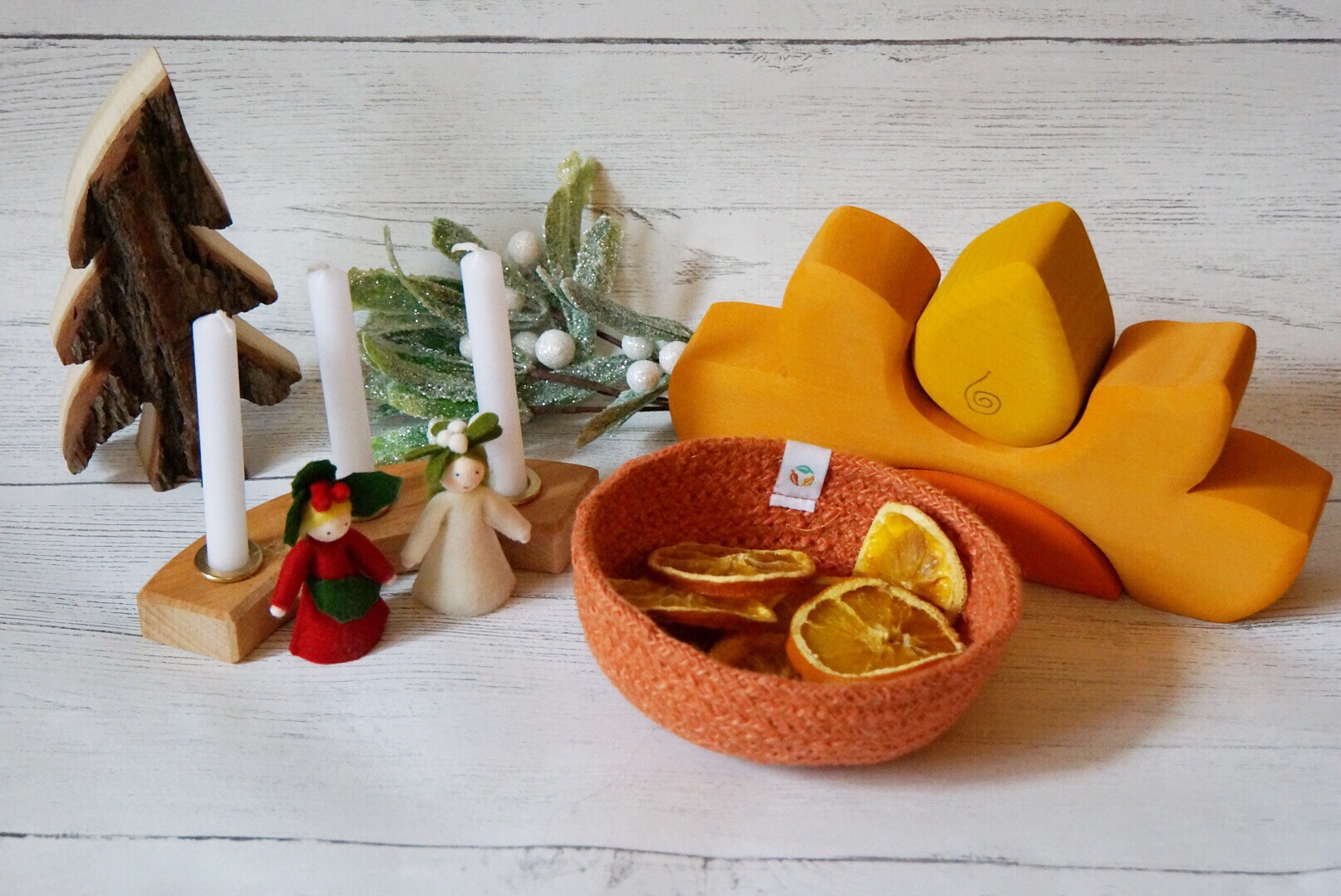 They set fire to special Yule logs and cast spells with the ashes so that the days would get longer again. The idea that the dark and the light represented the old and the new was embraced by all. It’s a beautiful way to look at it. Nature offers us so much, I love that the Solstices are about embracing the next season or what’s to come and celebrating life and being thankful for what the past season has brought with it. 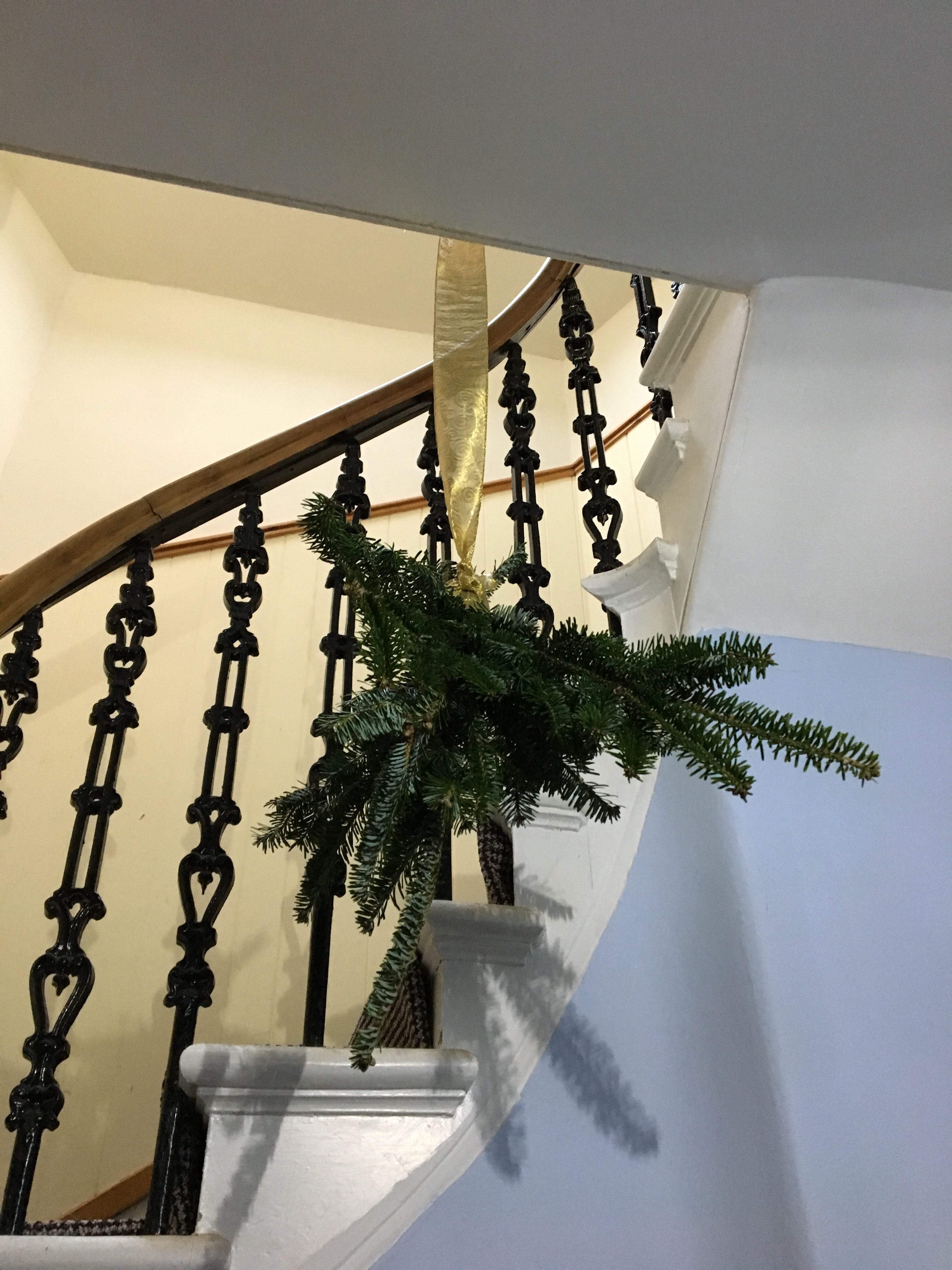 We made an altar, played around with pentacles again and I told stories of the Gods and Goddesses. The beautiful Casa Sole is perfect to represent the sun. We said what we were thankful for from Autumn and we said what we were looking forward to with the seasons changing. Loki mainly shouted “tree” a lot but I like to think he got the idea! 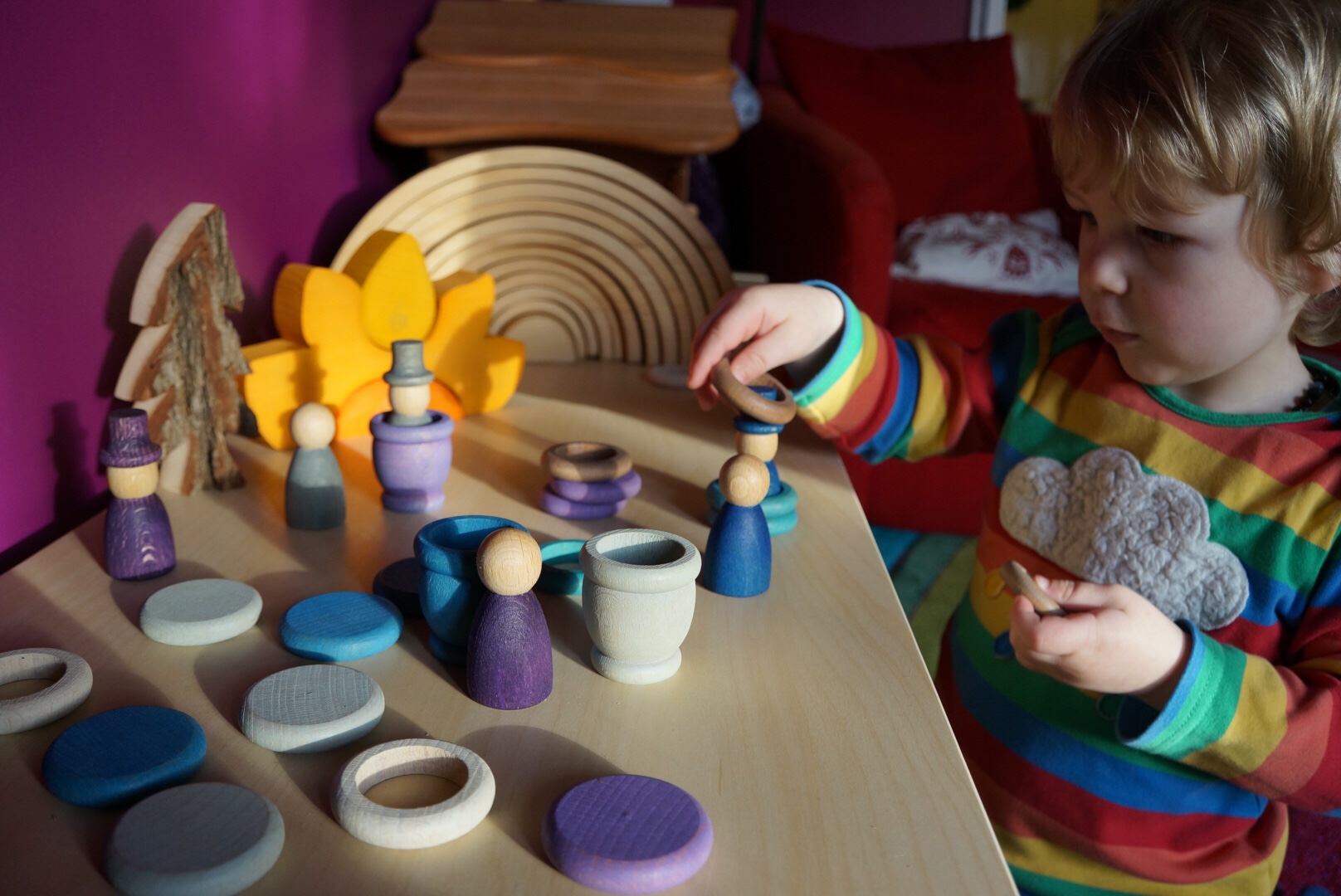 I love the Winter Grapat set. They represent all the Winter colours spread beautifully between the Nins, mates, coins and rings. The high tactile factor makes them the perfect addition to our alter as the boys all got stuck in straight away arranging them however they wanted and matching the colours to the icy winds, to storm clouds, to blue stars shining out of the black night and pink purple sunsets filling the sky.

This year the Winter Solstice in the UK was at 16:28 – I made sure the boys were prepped and ready after school and we waited in the fading light for the moment to come…the moment came and went in an instant. The boys moaned they were in fact too cold to stand out in the dark and Edward pointed out he hadn’t eaten in almost an hour so it might be good if we went back indoors. I agreed. It was freezing!

We collected some sticks (logs) and brought them back to do the next part of our spell. We sprinkled them with flour to represent snow and frost and placed them in the fire. While we watched them burn we each made a wish – there was much talk of Santa at this point from the older two, a few concerns about whether or not the Reindeer would find our house. I’ll save the ashes for later to sprinkle in the garden. 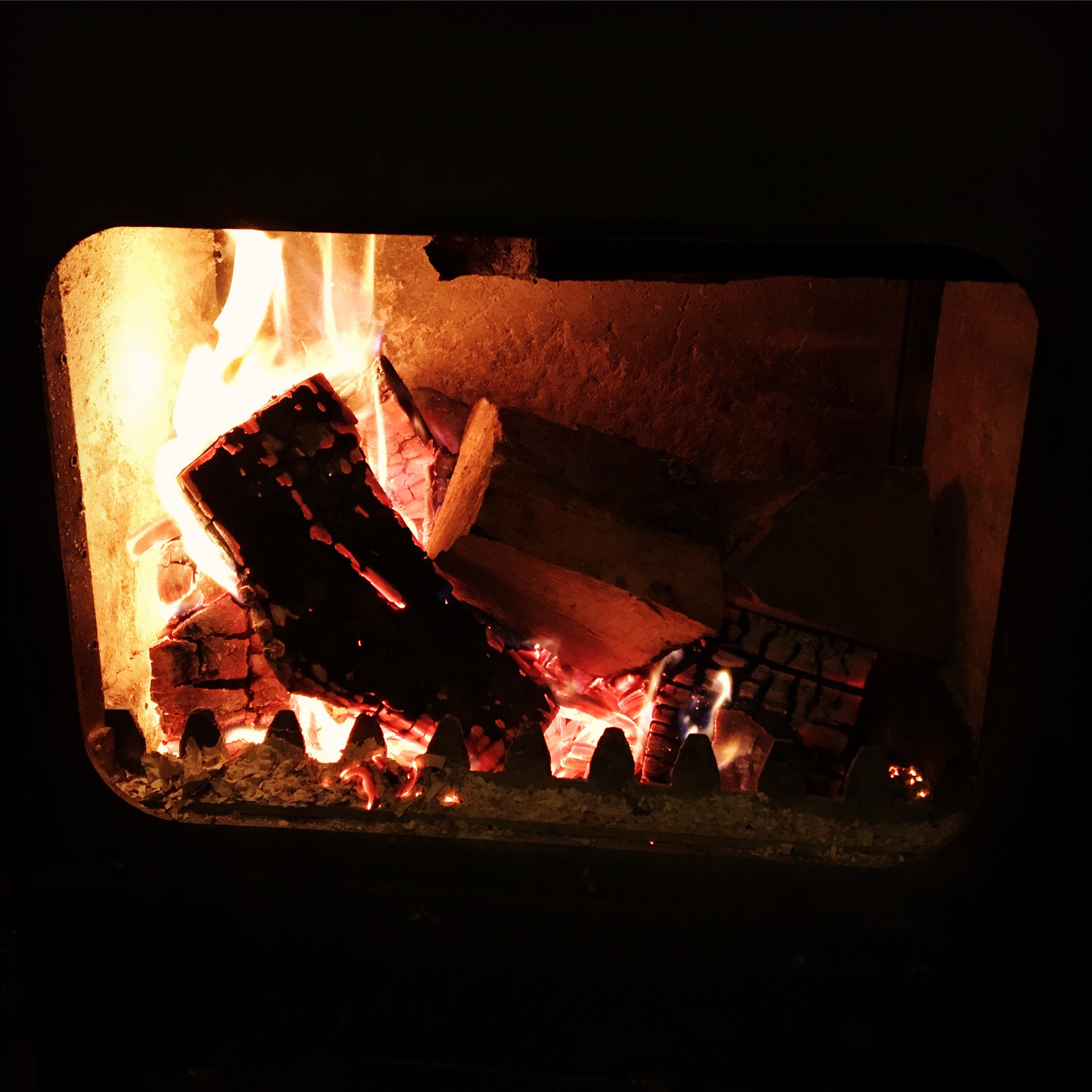 We’re away to have a feast of ham and ginger (bread) for dinner and talk excitedly about the last day of school and a weekend of planned festivities ahead of the big day on the 25th.

I hope you all have a good one xx